Awoke this morning with a sense of de ja vu as we stayed last night in the Swansea Backpackers. Yes, Swansea. We ended up driving Devonport to Hobart to Swansea yesterday, which is kind of a three quarter loop of the state in a day! But we ticked off two must-dos for the trip in the first day – MONA and The Banc restaurant.

We didn’t take the main highway down to Hobart as there is a much more lovely route over the Central Plateau. This route skirts along the edge of the Great Lake and touches the edge of the Wilderness World Heritage Area before descending through farming valleys into the northern outskirts of Hobart. It’s a truly gorgeous drive. Yesterday the first part of it was shrouded in cloud, but that only made it more atmospheric (and instilled a plan to pop back to it on our last day to ride some of it).

After a little bushwalking expedition (during which Guy teased me about being dressed for the gallery instead of the bush) we arrived at MONA (for which I was perfectly attired) just in time for lunch. MONA didn’t disappoint. It is a great mix of art and was very enjoyable. We spent about three hours poking around everything. To my surprise my favourite piece was an audio visual of people singing Madonna songs a cappella. Guy’s favourite is too hard to describe well – a giant metal head on it’s side with strobing action inside it. Neither of us liked the gastrointestinal machine though!

It was poring rain as we left MONA. And since we’d discovered that most of the Coal River Valley wineries (and indeed most of Tasmania I think) were going to be closed on Good Friday we made a last minute change of plan. Two quick phone calls and we were set. We could go all the way to Swansea in time for dinner at The Banc.

This meant that we retraced three full days of our cycling trip in just two hours! Slightly depressing. But it also meant that we’d be a day ahead of ourselves (hopefully time to revisit the Great Lake at the end now).

The Banc was as good as we’d anticipated. And we’d been anticipating since last trip when we’d come through Swansea on a Tuesday night – the only night that The Banc is closed.

Today we’re planning to end up at Weldborough Hotel to spend a couple of days exploring the Blue Tier and mountain biking. And I’m sure we’ll find a couple of adventures to have today. No reception up there so will be out of touch for a few days. 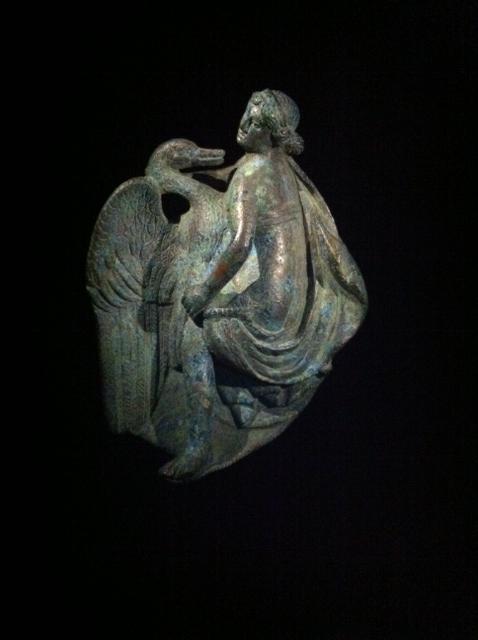 Although it might seem obvious, this is my personal blog. Everything in this blog is my own personal opinion. In no way are the views of anyone else represented here.
Loading Comments...
%d bloggers like this: